A Real Whodunit: When a Love Triangle Turns Deadly

The newly engaged Florida man was planning his wedding and couldn’t wait to start a new chapter in his life until everything changed in 2018 when Patrick De La Cerda was tragically gunned down in his home. The woman he was supposed to spend the rest of his life with, Jessica Devnani, couldn’t wait to settle down. The love birds met in June 2017 through a popular dating website called Plenty of Fish. 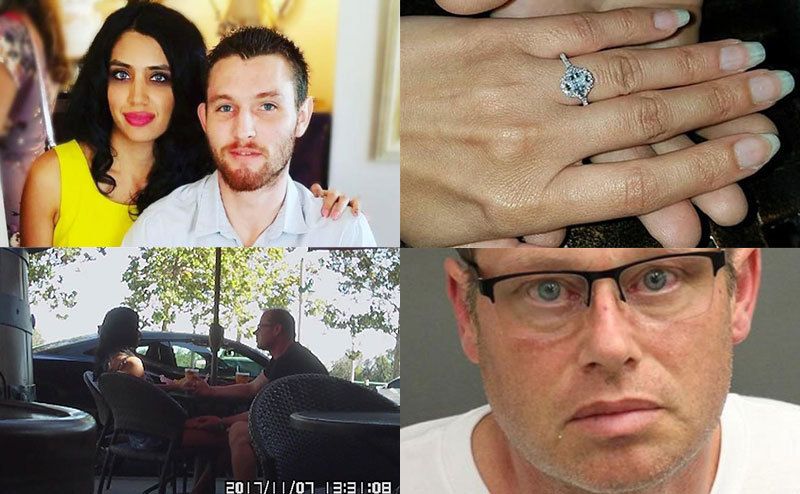 Their future plans together were cut short, but the real question was, who would do this to Patrick? He was well-liked by all accounts, and there wasn’t a single person in his life who wanted to hurt him. But there was a man in Jessica’s past who did.

This is a look inside the case of Patrick De La Cerda.

Once Upon a Time

Patrick De La Cerda and his fiancé Jessica Devnani hit it off right away. In a matter of months, their relationship blossomed. The couple loved being around each other and specifically enjoyed traveling and exploring together. 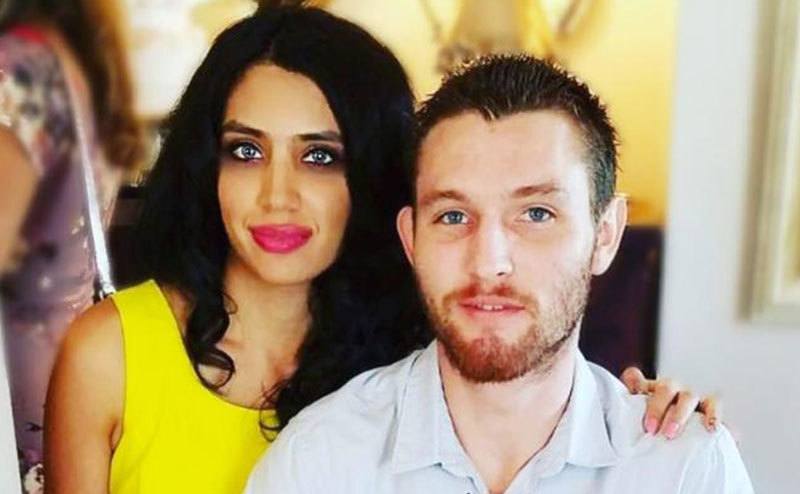 Patrick was head over heels and really liked his new girlfriend. He even shared his feelings with his mom, Patricia Ronze: “…one day he came and said, ‘Mom, this is the one.’” The couple was debating whether to have the wedding in West Palm Beach, Florida, or in France, where Patrick’s mother was from.

Max De La Cerda opened up about how he saw something incredibly special between his son and Jessica: “Patrick really loved her,” Max De La Cerda admitted to 48 hours. “And Jessica loved him more than anything.” 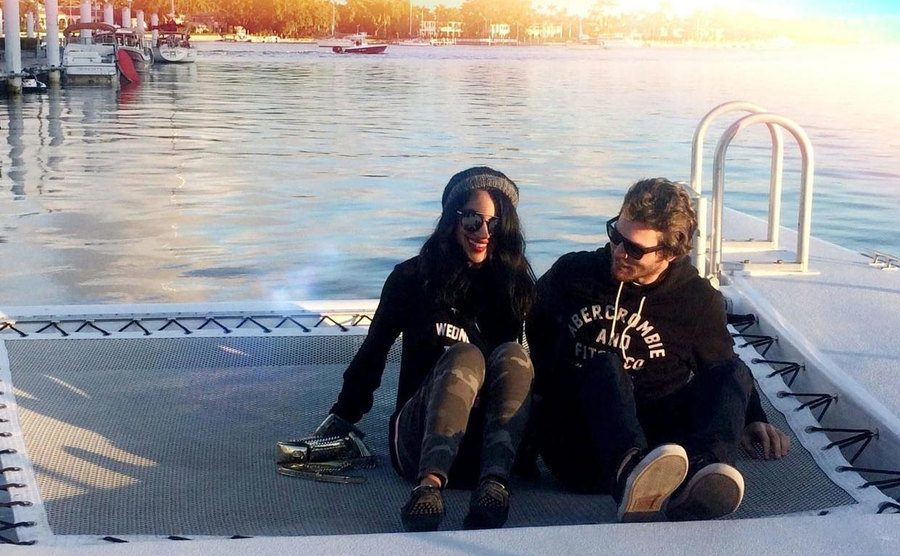 By December 2017, Patrick De La Cerda popped the question, and of course, Jessica Devnani happily accepted. At the time, he gave her a temporary engagement ring, and Jessica was over the moon. “I was so excited; I was so happy my dreams were coming true,” Jessica told 48 hours. Patrick wanted to give her a custom-made ring later on.

It was the morning of February 27, 2018, and Max De La Cerda received a call about a package being delivered to the Deltona, Fl. home that he shared with his son. Max was aware that Patrick was expecting Jessica’s permanent engagement ring any day. 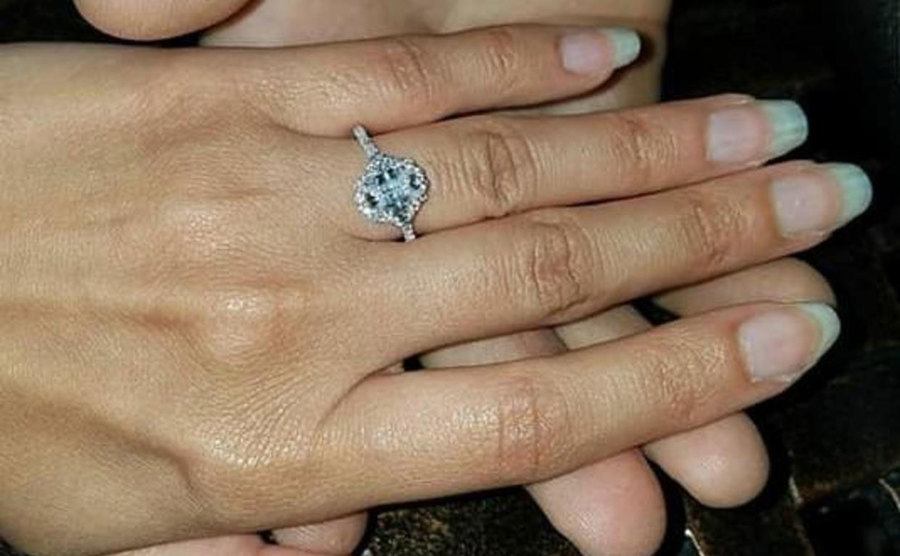 But Max never heard back from Patrick when he tried contacting him, and neither did Jessica. His worried fiancé rushed over to his house when she found him lying dead in a pool of blood. Patrick had been shot four times.


The Perfect Memory: The Curious Case of Jill Price


Not Even Amnesia Could Tear This Couple Apart

Jessica was horrified. One day, she was planning her wedding and looking forward to her happily ever after with Patrick, only to find him dead. “My whole future was taken away from me,” she said. “My whole world was taken away.” 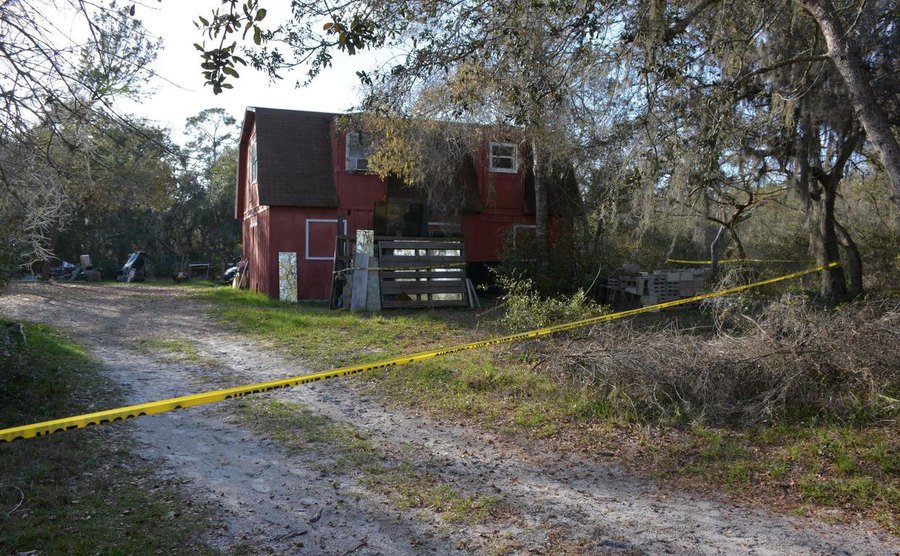 At the crime scene, investigators went through Patrick De La Cerda’s home to look for clothes. No one really understood what was going on. Who would want to hurt Patrick? They quickly realized that the killer had taken Patrick’s computer as well as his hard drive from the security system of the house.

At the crime scene, investigators managed to find unique shell castings from 300 Blackout ammunition, bullets used in semi-automatic weapons like and AR-15. Things were looking up now that they found some evidence. 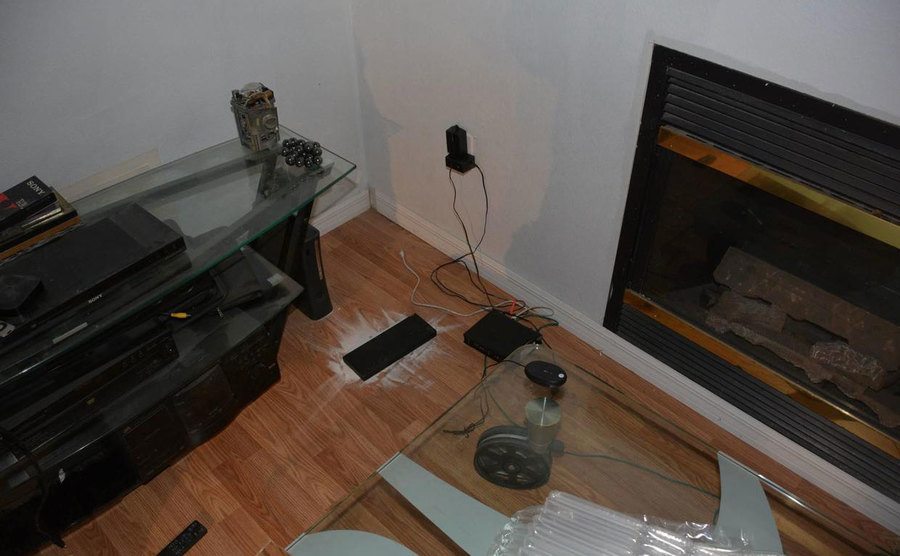 “You know, right off that bat, you’re going, OK, this is probably going to be a whodunit,” according to lead Detective Chad Weaver of the Volusia County Sheriff’s office. So, the big question remained, who would do something like this to Patrick? And more importantly, why?

A Man From Her Past

OK, let’s start at the beginning—first, a short background on Jessica Devnani’s love life. Before meeting Patrick, Jessica was in a turbulent eight-year relationship with a successful hedge fund manager, Gregory Bender. Jessica said that Bender had a tendency to be possessive. 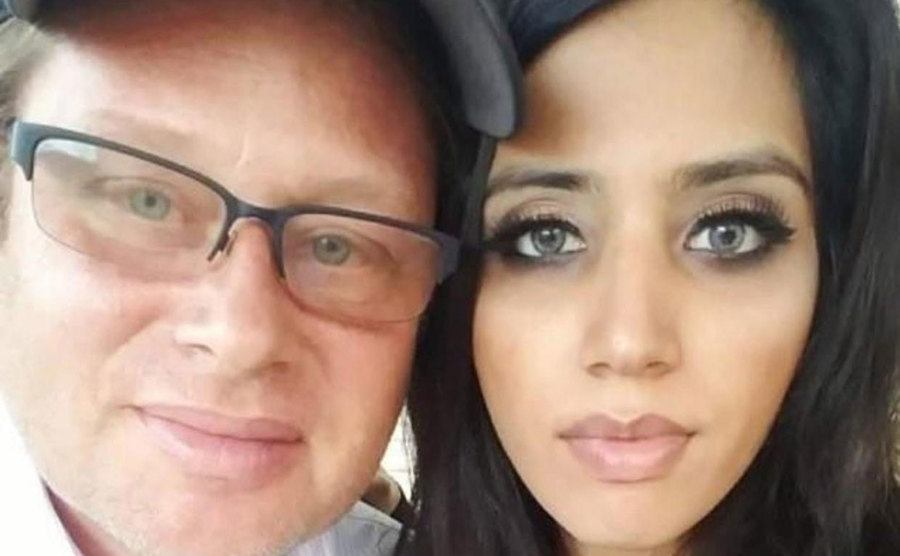 Gregory Bender was recovering at the hospital after a medical procedure. At the hospital, Jessica saw another woman visiting him. Jessica was confused. Why was this random lady here? Who was she? 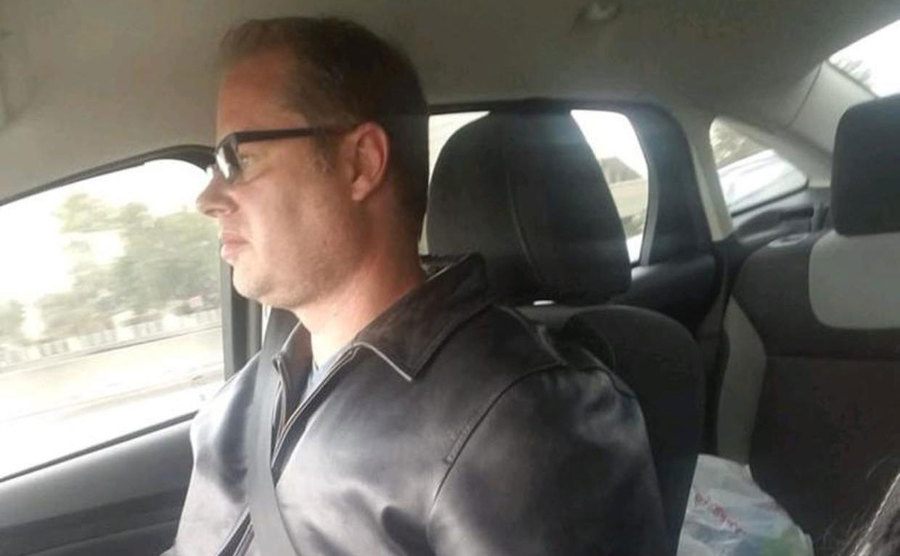 Jessica said, “I told her I’m like his fiancé, and I showed her that ring. She’s like, ‘I’m his wife!’” Jessica quickly understood that she was the other woman. She realized that Bender had been literally lying to her their entire relationship. But of course, he had an excuse.

After several years of being engaged, Jessica was not expecting this shocking twist in their relationship. Having a wife definitely complicated matter. They literally showed each other their rings. Honestly, they should have taken a selfie while they were at it. 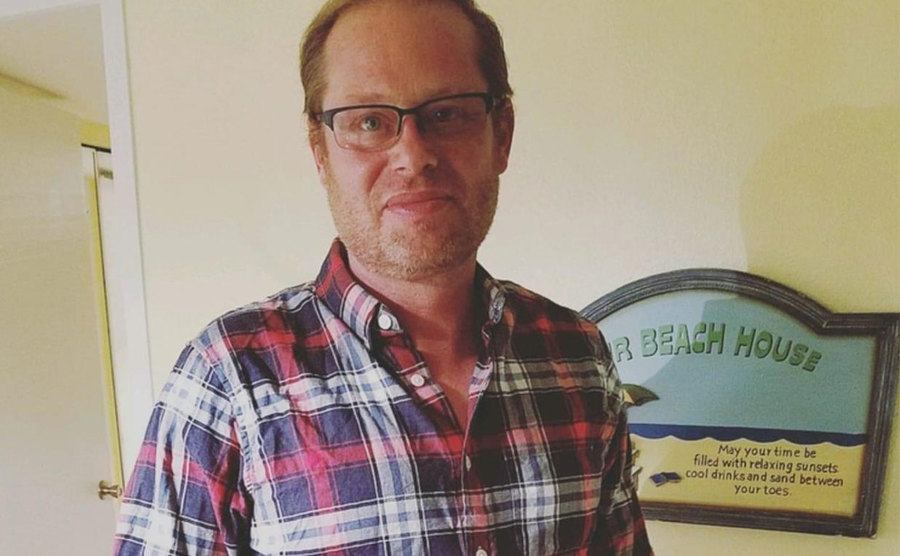 Jessica was heartbroken by the news. A few days later, Bender finally contacted his fiancé to explain the situation. He said that it was solely a marriage of convenience and that they were only together so that the other woman’s son could go to a better school in a different district.


Mystery Stalker Haunts Family Even After Her Death


The Man, the Myth, the Legend: Quentin Tarantino


Never Been Found: Where is Maura Murray?

Jessica didn’t believe his lies and finally ended her relationship with Bender. This was a really insane situation. I mean, when you go visit your boyfriend at the hospital, you don’t expect his wife to show up. Especially when you didn’t even know he had a wife. This honestly sounds like something that would come out of the mind of a Hollywood director, but sometimes real life is stranger than fiction. 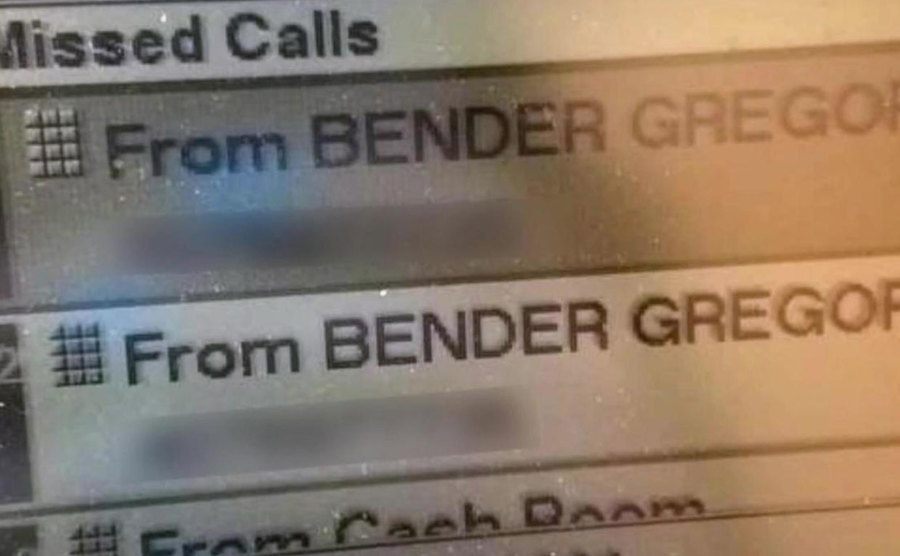 Despite their breakup, Bender couldn’t stand to see Jessica and Patrick together. Jessica said that her ex would frequently leave them threatening messages. Jessica played one of the voicemails to 48 Hours: “I’m giving instructions. And I’m going to have my plan put to action,” Bender said.

Jessica admitted that when she was already dating Patrick, Gregory Bender continued to ask her out on several occasions. At one point, she agreed to go. She said Bender was so angry, and she just wanted to calm him down. 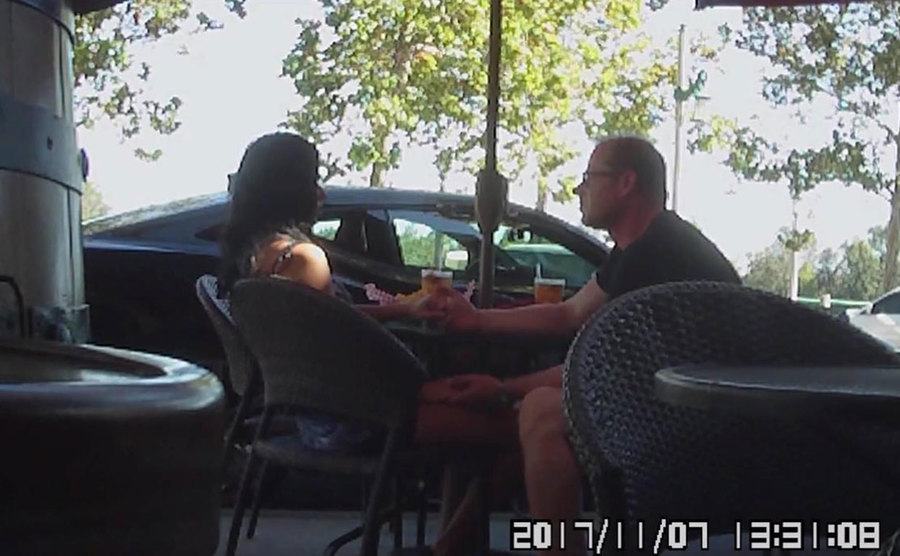 As you can imagine, Jessica was infuriated. She was only trying to help Bender but had no interest in dating him. When she realized he was trying to end her new relationship, she was done. Jessica and Patrick both had enough of Gregory Bender’s antics. 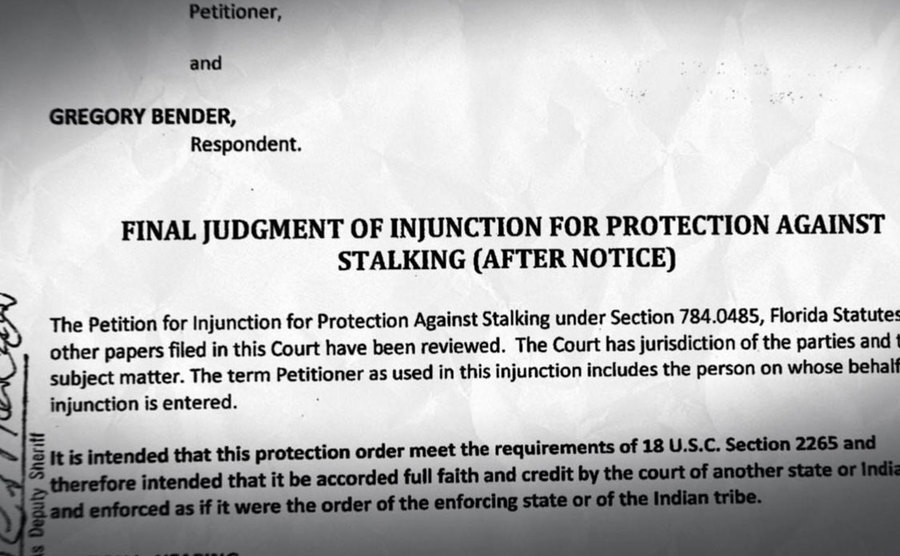 With the mountain of evidence Jessica had, it didn’t take long for her to file a restraining order against her creepy ex. The judge ruled in her favor, and Bender wasn’t allowed to contact her and had to surrender all of his firearms to authorities.

As you might have guessed, Gregory Bender was not happy about this. The thing about abusive partners is that their mentality is, “If I can’t have you, no one can.” Despite the fact that he already had a wife, he wouldn’t leave Jessica alone, and she wanted him out of her life. 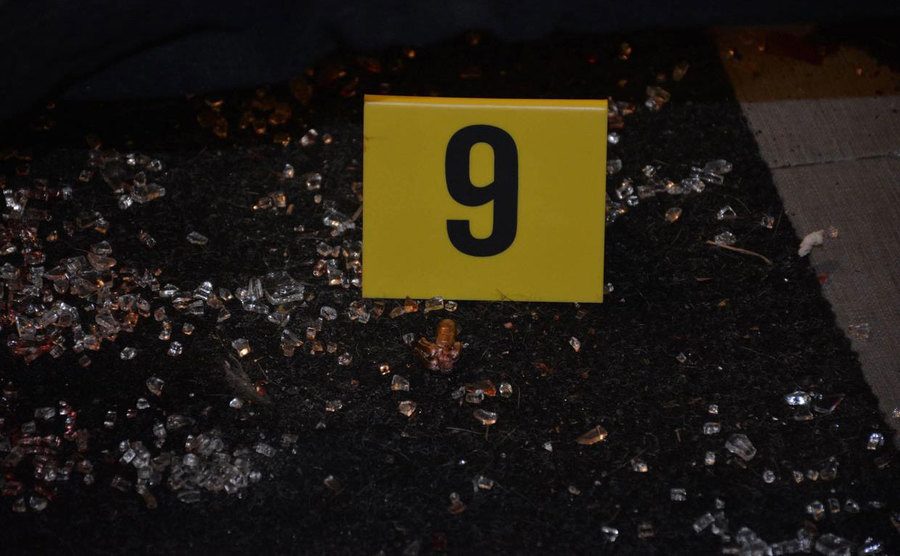 That fateful morning in February 2018, Patrick and Jessica’s dreams of a future together were shattered when Jessica found Patrick’s lifeless body. Earlier that morning, Gregory Bender had called her twice after she hadn’t heard from him in months. Jessica told detectives that Greg killed Patrick.

A Tip From the Other Woman

It seemed like a promising tip, but of course, they needed evidence in order to make a case against him. As it turned out, this wasn’t the last time Detective Chad Weaver would hear the name Gregory Bender. 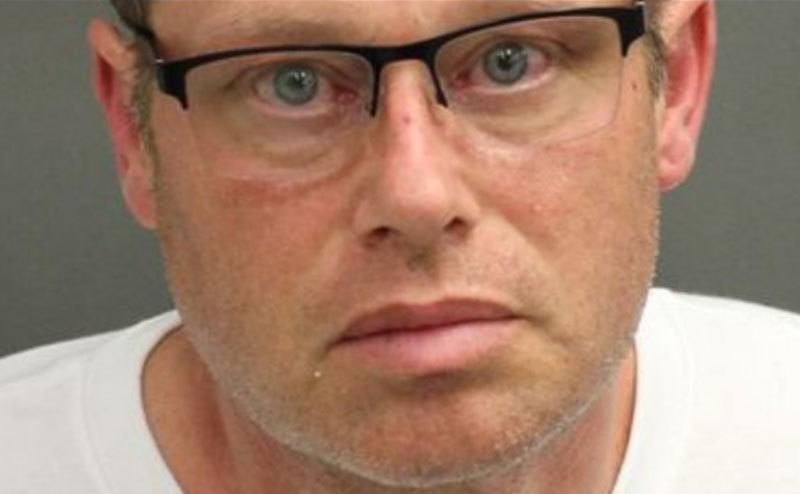 Bender’s ex-wife, Daymara Sanchez, called the detective with more information about Patrick De La Cerda’s possible murderer. Detective Weaver told 48 Hours what happened: “She had discovered what she believed to be a murder plan in a spiral notebook that she had seen Gregory writing in in the past.”

With this incriminating tip from Gregory Bender’s ex-wife, law enforcement finally had enough information to execute a search warrant at his house. It didn’t take them long to find a very similar murder plan to the one Daymara Sanchez described. 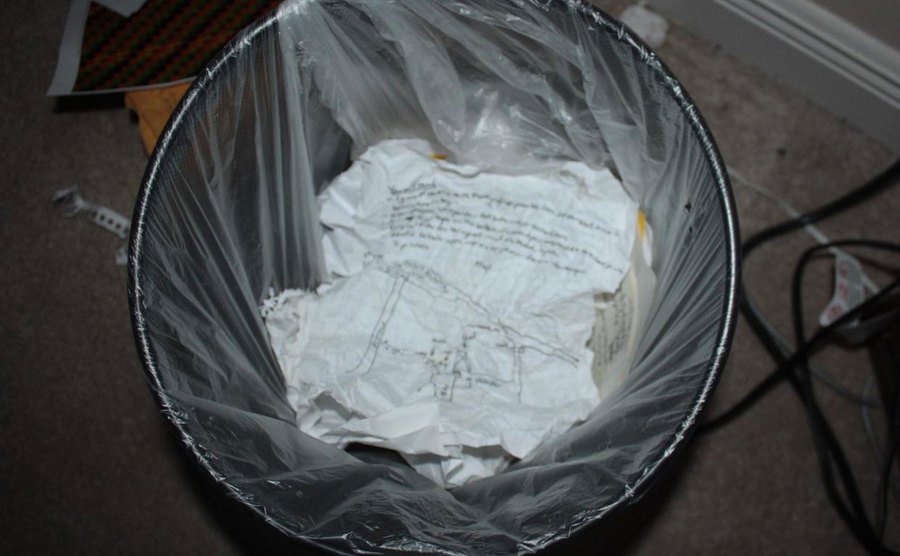 If that wasn’t enough, they also found the same bullet casting found at the crime scene. This was certainly enough to arrest Gregory Bender for murder. But with no murder weapon and no forensic or DNA evidence, it would be hard to convince a jury that Bender did it. Still, prosecutors thought they had a good case against him.

After several threats and the subsequent restraining order, Patrick still took extra precautions for his and Jessica’s safety. He installed security cameras and a proper gate on his property. He thought he was pretty safe. He knew this dude was creepy, but Patrick never imagined he would go as far as to murder him. 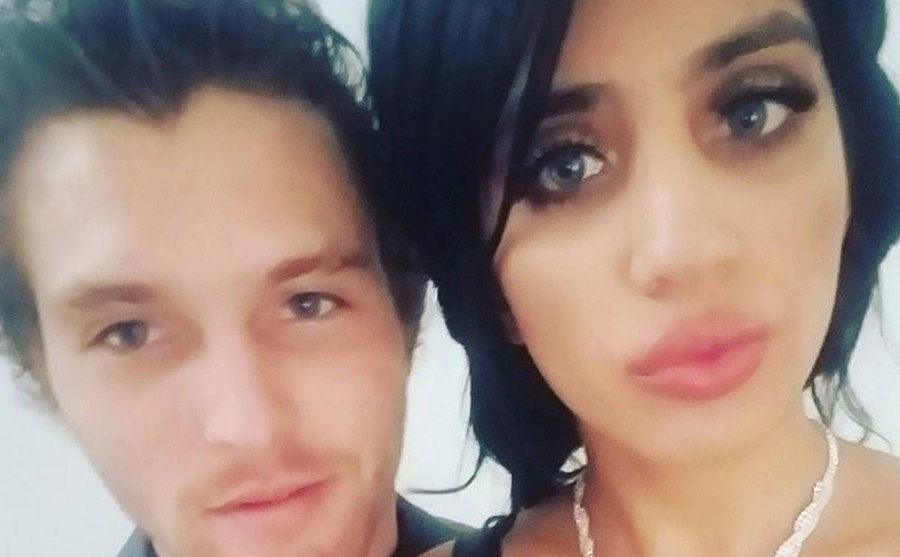 Unfortunately for Jessica, she discovered the gruesome scene, and the guilt still haunts her. She truly believes that if she hadn’t met Patrick, he would still be alive. Blaming herself is understandable, but it’s clear that Jessica did nothing wrong. Gregory Bender was simply a jealous sociopath. Now, he was standing trial for murder.

Gregory Bender went to trial on May 25, 2021, three years after Patrick De la Cerda’s murder. The week-long trial involved Jessica Devnani and Daymara Sanchez – both of the women in his life. Bender had a weak defense. His attorney told the jurors that he shouldn’t be punished for writing down a fantasy. 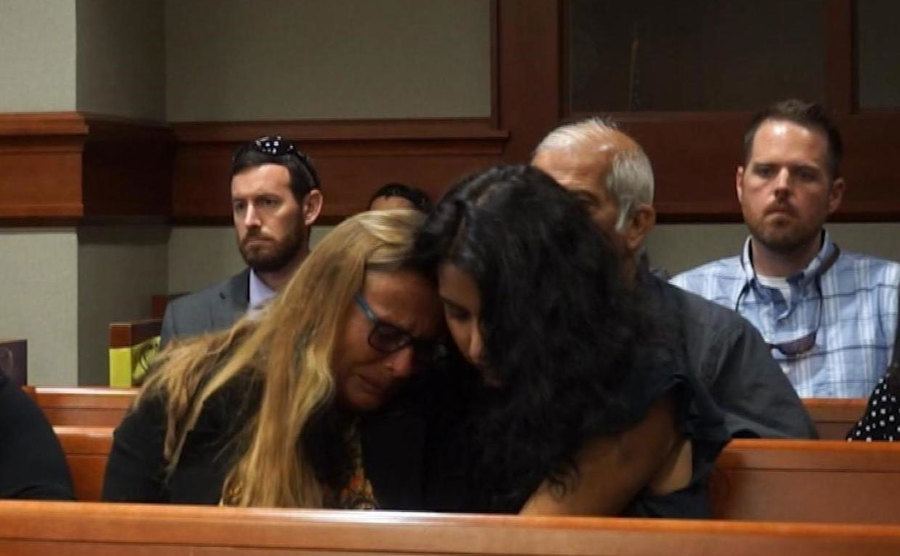 “This case is about the difference between a fantasy and reality,” defense attorney Richard Parker said. “People should not be judged on their worst thoughts just because they put them to paper. But that’s what they’re doing in this case.”

Life in the Slammer

After four days of testimony, it didn’t take long for the jurors to find Gregory Bender guilty of murder. The cheating, stalking murderer was sentenced to life behind bars with no chance of parole, as he deserves! 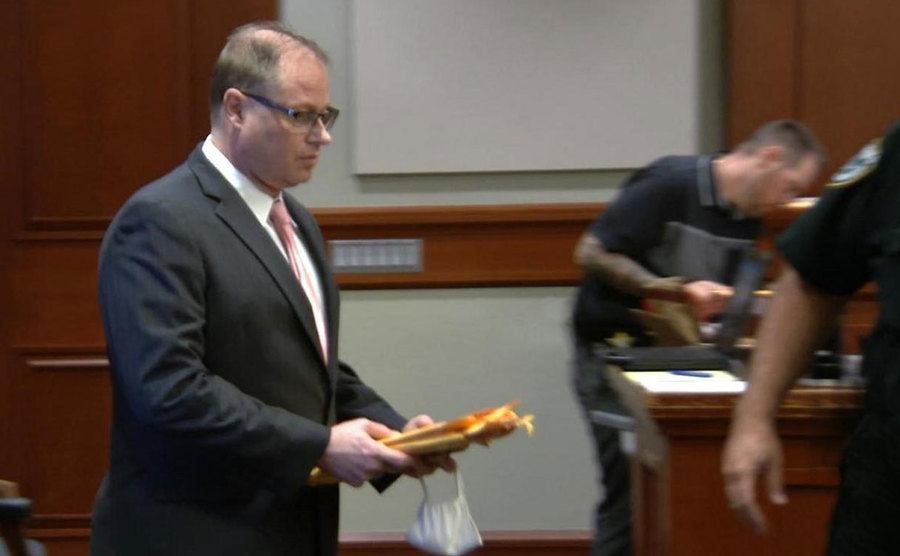 “We finally did it,” Jessica Devnani exclaimed. “We got the guilty verdict.” Bender’s attorneys announced that they plan to appeal his conviction. They maintain that the search of his home – that led to the discovery of the murder plan – was illegal. After a jealous-induced murder, I hope Bender stays in jail where he belongs.

The System Failed Him

Although he did eventually get justice, Jessica Devnani and Patrick De La Cerda’s family are infuriated about the restraining order because they believed it failed to save Patrick’s life. Bender had been ordered to turn in his collection of guns to the County Sheriff’s Office when the restraining order was filed. 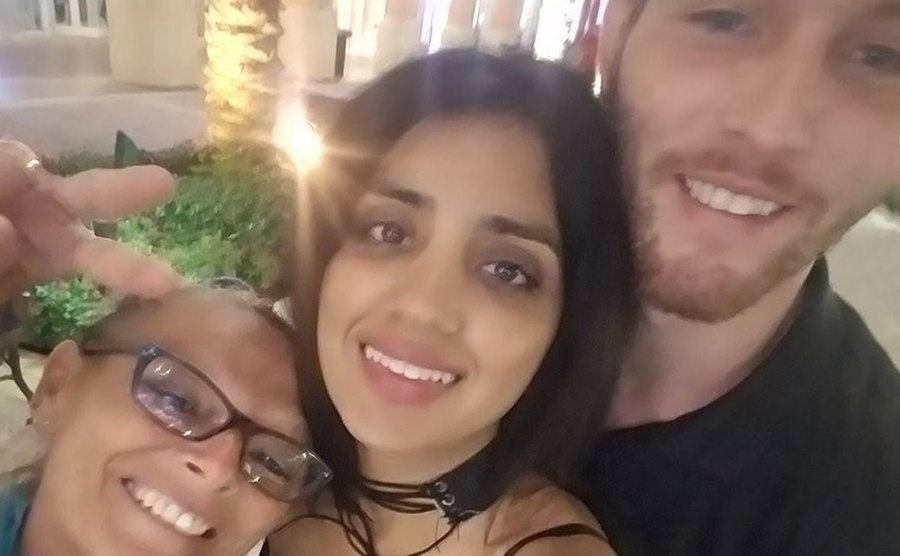 But Bender never turned in those weapons, and without probable cause for a search warrant, law enforcement didn’t have the authority to seize the guns. Clearly, they could have done more. “It failed us,” Jessica said. “It failed Patrick.”

Trying to Move On

With Gregory Bender finally locked up, Jessica Devnani told 48 Hours that she will continue to live on for Patrick De La Cerda, her once fiancé who was taken away from her far too soon: “We will always love him; for the rest of our lives and the afterlives.” 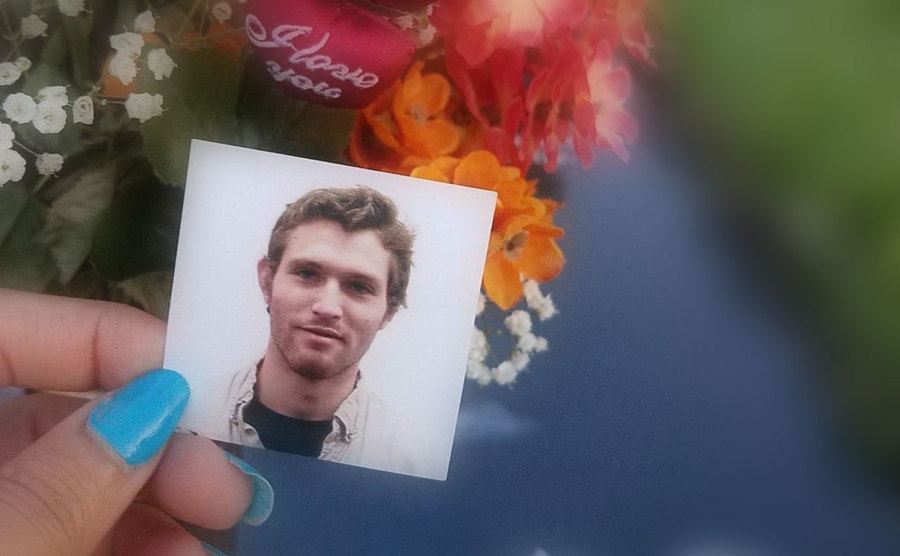 Could law enforcement have done more? If they had ensured that Gregory Bender turned in his weapons as he was supposed to, this story could have turned out very differently. The family finally has a little closure now that Bender is locked up. Unfortunately, that won’t bring Patrick back.

Next up is Bobby Love, a bank robber in North Carolina. After getting caught, he received a 30-year prison sentence but staged jailbreak after serving just six years. Here is his story.

Above the Clouds: The Incredible Story of Matt Moniz

What Went Wrong? The Full Story of the Notorious Fyre Festival