What People Eat For Breakfast Around the World?

The first meal which we take after waking up in the morning is breakfast. Breakfast is the most important meal of the day as it gives you the much-needed energy to start your day. People of different countries have different preferences when it comes to the all-important first meal of the day. The breakfast staples vary around the world. Here is a list of 15 countries that prefer a traditional meal at breakfast. 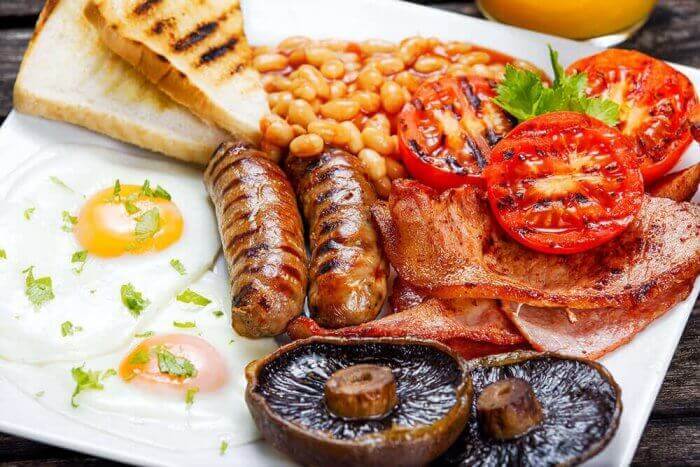 The English people like to have their traditional breakfast that includes meaty sausages, bacon, eggs, fried bread, beans, mushrooms, tomatoes, and fruits. The bacon and sausage are fried with a small amount of oil. The egg is poached keeping the yolk intact; also known as sunny-side-up eggs. Bread can be either toasted or fried. The mushrooms and tomatoes are usually fried for some time to cook it perfectly. The beans must be a bit gooey. You can also have some fruits depending on your choice. This meal will provide you with 807 calories including fat, carbohydrates, fiber, protein and salt.

The most important and unique component of Australian breakfast is vegemite (Vegemite is a thick, black Australian food spread made from leftover brewers’ yeast extract with various vegetable and spice additives). 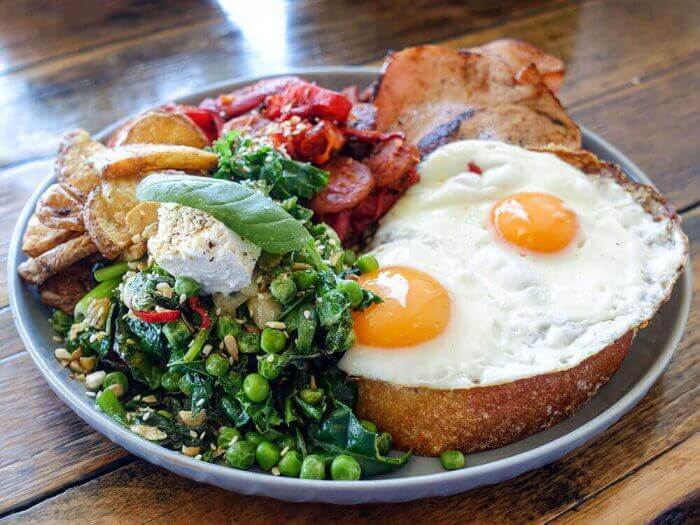 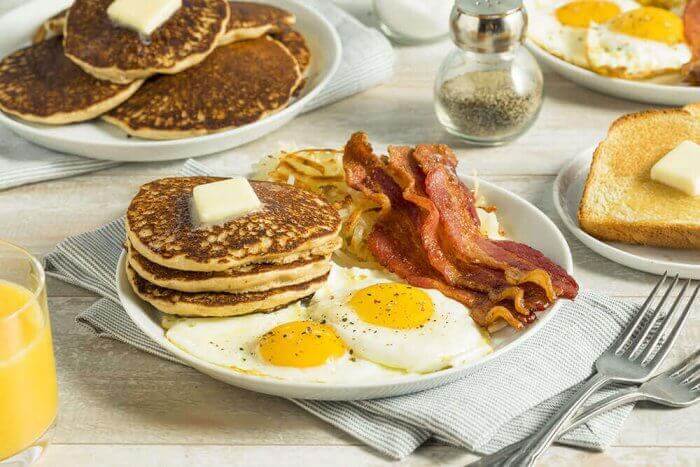 The American breakfast menu is so versatile that you may find yourself in a joyful dilemma before deciding your morning meal! There are a lot of options for you to choose from a wide range of food. The typical American breakfast menu includes cereal with milk, waffles, chocolate donuts, bagels, pancakes, scrambled eggs, fried eggs, deviled eggs, omelet, bacon, sausages, French toast, coffee, hot chocolate, hash browns potato salad etc. They also take orange juice instead of coffee. Calories usually depend on personal choice, but from an American breakfast, one can get almost 560-600 calories quite easily. 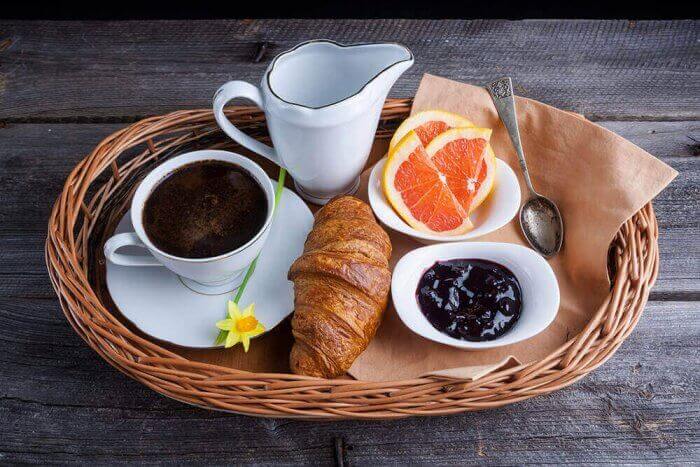 The French people like to have a very light meal at the beginning of the day. Their breakfast menu usually contains pastries of different kinds, bread, baguette, and coffee. The pastries known as croissant are the most common breakfast staple in France. Pain au chocolate and Pain aux raisins are two very common types of croissants made with chocolate. Tarte is another delicious breakfast staple. The French people like to have coffee at breakfast. They tend to dip their bread into coffee. The plain croissant usually provides 406 calories and Tarte, on the other hand, can give you 286 calories.


Cheat Sheet: Your Guide for Picking the Perfect Fruit Every Time


Most Expensive Restaurants in the World 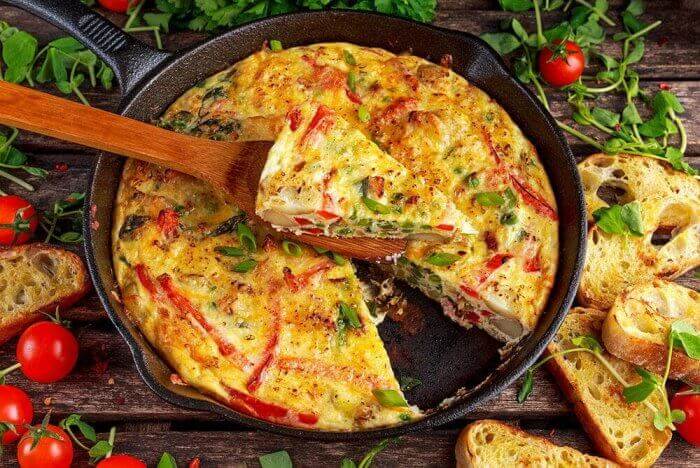 The Spanish breakfast staples include toasted bread with tomato and jam, coffee, hot chocolate, Torrijas, Ensaimadas, sandwiches and different types of juices. The most common breakfast dish is a toast rubbed with tomato known as Pan con Tomate. The Tortilla de Patatas, the Spanish omelet, is another classic dish made with egg and potatoes. The hot chocolate with churros is another mouth-watering breakfast staple. The orange juice is a typical drink at the breakfast table. The Tortilla provides 108.3 calories, and the Pan con Tomate offers 192 calories. 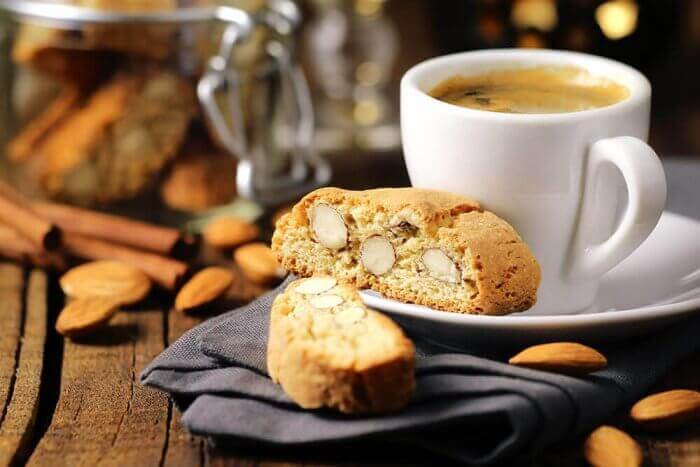 The Italian breakfast menu traditionally includes Cappuccino, Cornetto, and Italian Biscotti. The Italians love to taste sweet foods in the morning and keep the breakfast as light as possible. The day begins with a cup of cappuccino made with espresso beans, milk, sugar, and cocoa or cinnamon. The Biscotti is actually a cookie made with flour, egg, sugar, butter, almonds etc. The Cornetto is a kind of pastry usually filled with chocolate, jam or chocolate cream. The Cornetto provides 231 calories and the biscotti can give you 160 calories. 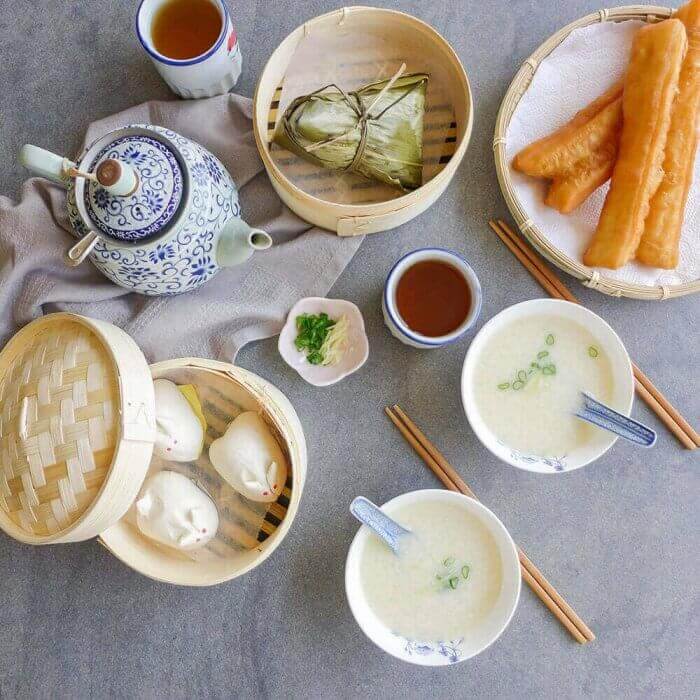 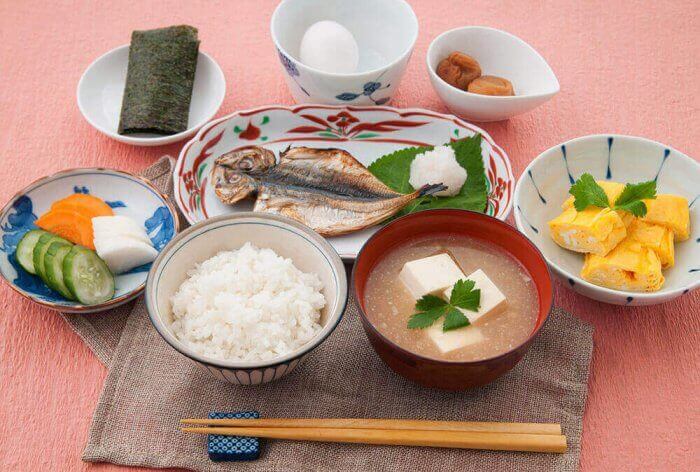 The traditional Japanese breakfast menu contains Tamago Kake Gohan, Miso Soup, a protein of any kind, natto, vegetables, and fruits. In Japan, the steamed rice is called Gohan and its one of the variants is called Tamago Kake Gohan contains steamed rice, a raw egg and soy sauce which can provide 335 calories. The protein of the menu mainly comes from fishes which can either be cooked or boiled. Vegetables and fruits are another important part of Japanese morning meal. You can also have some miso soup made with soy and dashi broth at breakfast which can give you 35 calories. 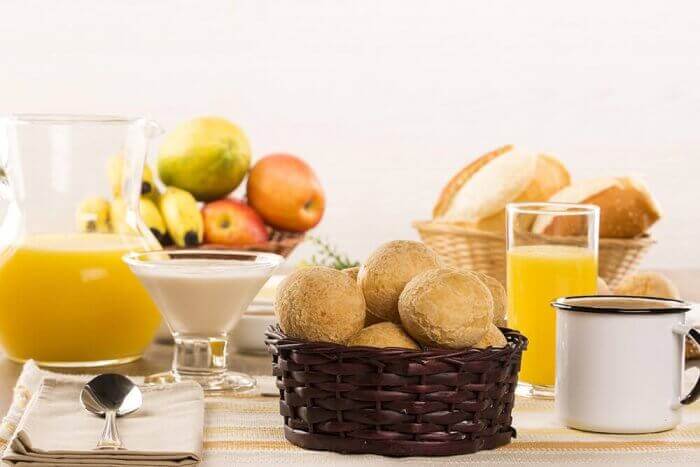 The breakfast table in the morning in Brazil usually offers light food items. The breakfast staples in Brazil include coffee or pingado, Pao Frances (French Bread), Pao de Queijo (Cheese Bread), fruits and cake. The pingado is coffee with some amount of milk. The Pao Frances is eaten with coffee after toasting it with butter. The Brazilians eat cake in the breakfast, and fruits like orange, papaya, and guava are present in the breakfast menu.


How Two Dudes Brought Twinkies Back to the Shelves


Most Expensive Restaurants in the World 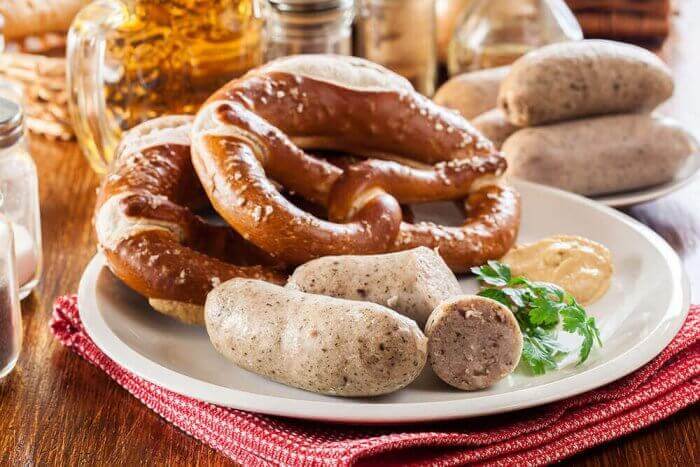 The Germans like to have bread rolls in the morning meal accompanied by butter, Nutella, jam, honey, Schwarzwaelderschinken (smoked ham), cheese, eggs, salami, coffee and fruit juice. Bread rolls can be of various kinds like mixed rye, wholemeal, sunflower or sesame bread rolls. The bread rolls can get you 195 calories each. Hams and Salami are also two good resources that can get you 127 and 380 calories respectively. 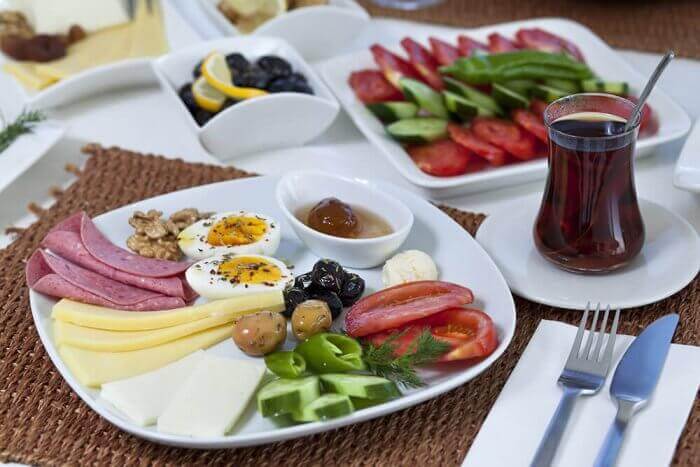 The Turkish breakfast traditionally known as Kahvalti is a hearty meal at the beginning of the day. The menu includes bread, cheese, jam, eggs, beef sausage, olives, tomatoes and Turkish tea. The Feta cheese or Beyaz peynir is a pioneer in the cheese section along with Kasseri and lor. Simit, sesame-seed-covered bread, is a must in the breakfast table, which is eaten spreading jam and Nutella. The Sucuklu yumurta is a dried beef sausage along with fried eggs which can get you 510 calories. 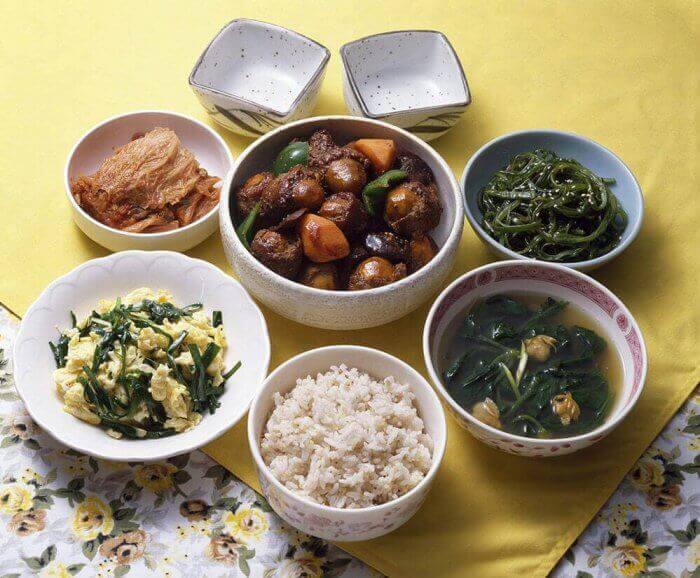 The Korean breakfast menu resembles simplicity at its best. It includes rice, soup and different types of side dishes. The Korean people usually prefer foods that can be quickly made without much hassle. Fruits and bread have become a popular choice for that reason. 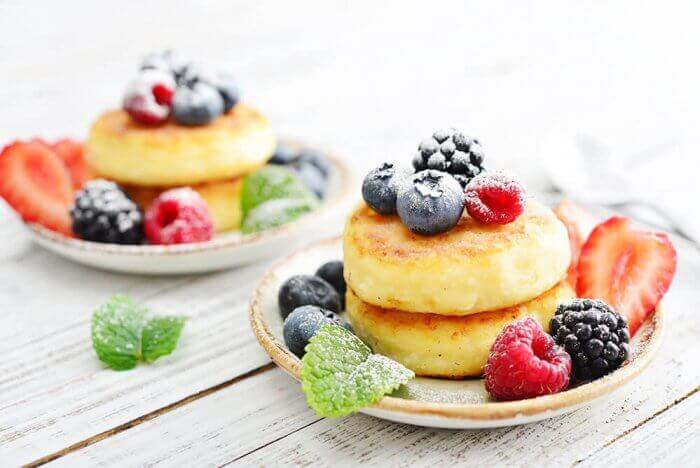 The Russian breakfast menu contains Syrniki, Semolina porridge, Bliny, Vareniki and fried eggs. Syrniki is a traditional Russian dessert made from Russian cottage cheese. Bliny is a kind of pancake which is also a breakfast staple. Vareniki is quite similar to Syrniki made with cottage cheese, but unlike Syrniki, it is served with delicious toppings. 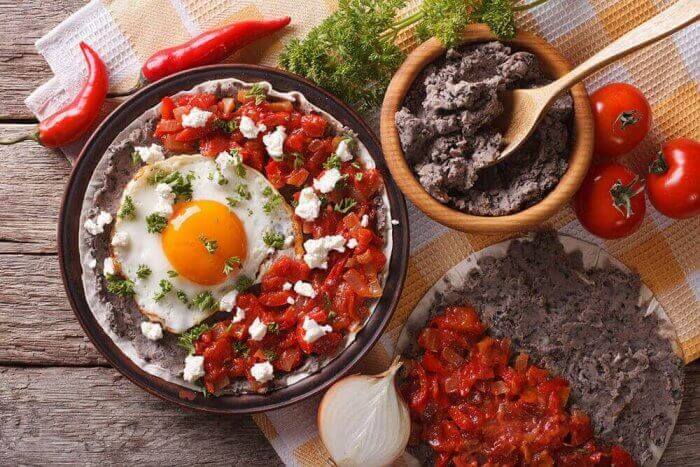 In Mexico, the breakfast is also known as ‘desayuno’. The breakfast menu contains Chilaquiles, Huevos a la Mexicana, Tacos and fruit juices. The chilaquiles are the most common breakfast staple in Mexico made with fried tortillas rubbed with sauce, cheese with toppings like chopped onion and parsley. They often come with beans, eggs, and chicken meat. This dish can give you 438 calories. 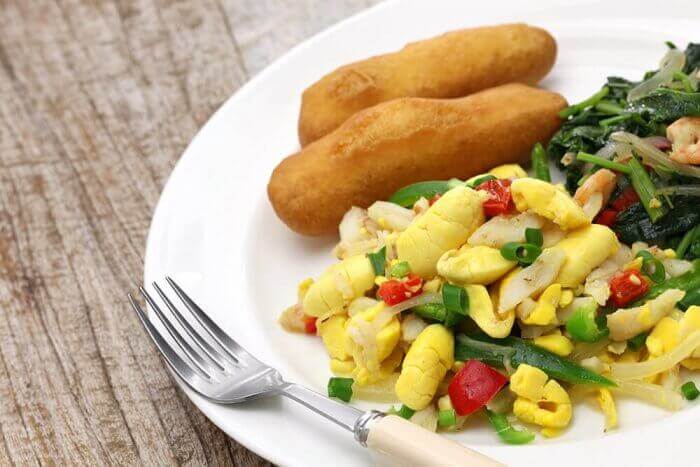 The Jamaicans like to have their national dish in the morning, which is made with Ackee and saltfish. The Ackee is a fruit that tastes surprisingly like scrambled eggs when cooked. The two very important ingredients of this dish are Ackee and salted cod and those are cooked with tomatoes, onions and different types of spices. This dish will provide 262 calories at the beginning of the day.

9 Brain Foods that Will Improve Your Focus and Concentration

Super Foods That Should Be in Every Diet