Many people want to eat healthily, but they do not have an idea of which foods are healthy, and which are not. Are you on this train and you want to know what kind of foods you should avoid? Here’s the list of 10 foods, gathered from various sources across the internet that you should not add to your diet. 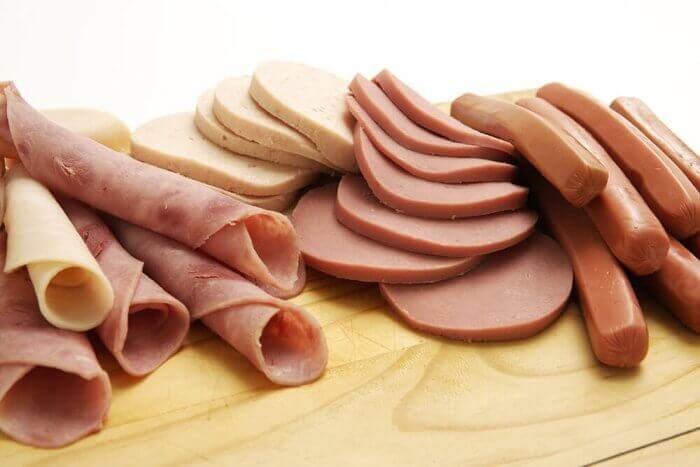 A study in 2003 concluded that people who eat processed meats put themselves at risk of diseases like colon cancer, type 2 diabetes, and heart disease. Packaged meats are usually packed with loads of preservatives containing, sodium and nitrates. This compounds particularly nitrates, are not naturally found in meat and are very harmful to health causing diseases like cancer, stomach ulcer, and high blood pressure. Processed meats are also high in fat and cholesterol content but low in protein making it less nutritious than unprocessed meat. This makes eating processed meat unhealthy as they increase the risk of developing heart disease by 42% and diabetes by 19%. 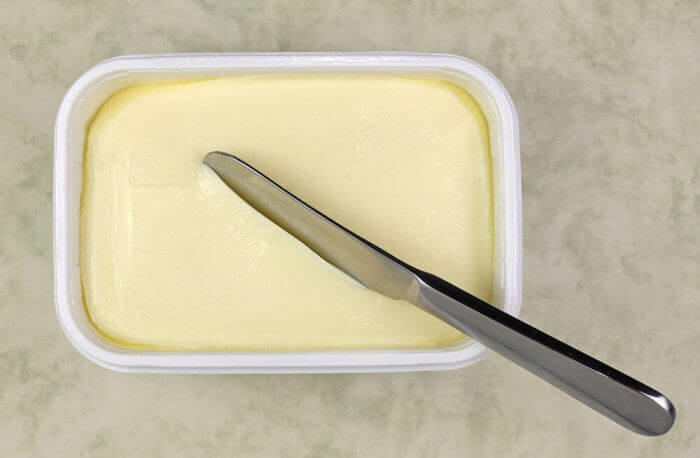 Margarine became popular when people saw it as a healthy alternative to butter, but recent studies have shown that it is not. Margarine is made with trans-fat which can put you at risk of developing heart disease and diabetes. The vegetable oils used in the process of making margarine have a high concentration of unsaturated fat which can generate free radicals responsible for cell damage, aging, cancer, and cardiovascular problems. The trans-fat present in margarine increase insulin levels in the blood and levels of bad cholesterol which can cause diabetes and weight gain. Other healthy alternatives to margarine are olive oil, nut oil, and coconut oil. 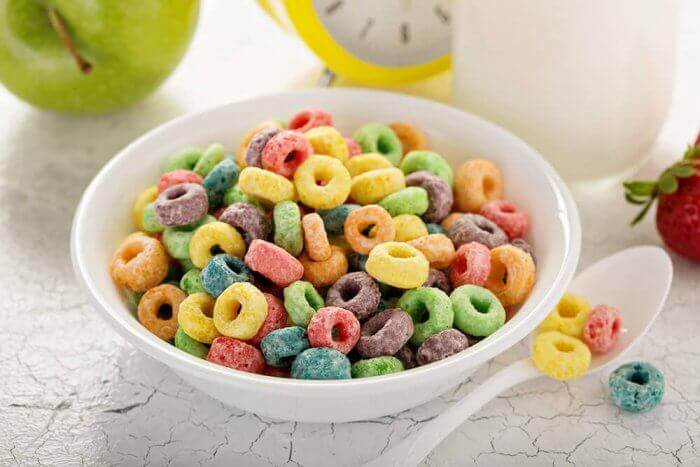 Cereals have high sugar levels and low nutrition levels, which is why they are unhealthy. Most people take cereals as their breakfast. This is unhealthy, as it can cause an increase in the blood sugar levels a body fat. These sugary cereals also produce a dopamine effect which can increase food cravings. You would have consumed a significant amount of sugar without even knowing. Increased intake of sugary cereals increases your sugar levels with increases your risk of developing diabetes. 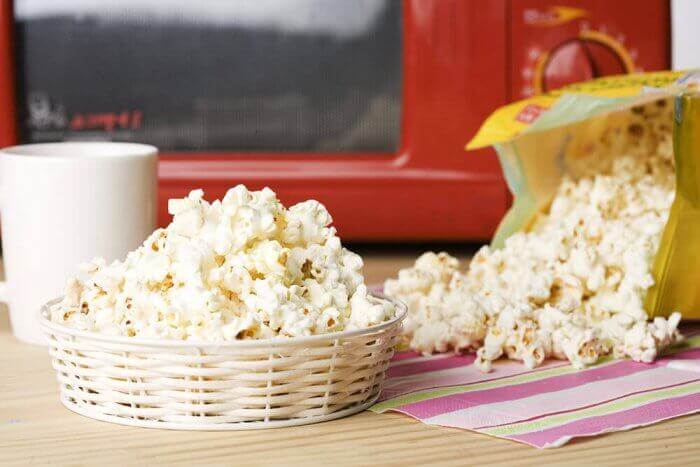 Microwave popcorn doesn’t add anything to the body when it comes to nutrients, neither does it give satisfaction when one is hungry. It provides a satisfying feel, but it is dangerous to your health. The smell is caused by a chemical called diacetyl which is a butter flavoring added to the popcorn. Inhaling gases with diacetyl can cause serious lung problems like bronchiolitis obliterans. Another chemical used in the production of popcorn is Perfluorooctanoic acid (PFOA). It is said to also cause thyroid issues and bladder cancer when present in the body in large amounts.


10 Super Foods and Why They are so super


10 Food Items You Didn’t Know Were Named After People 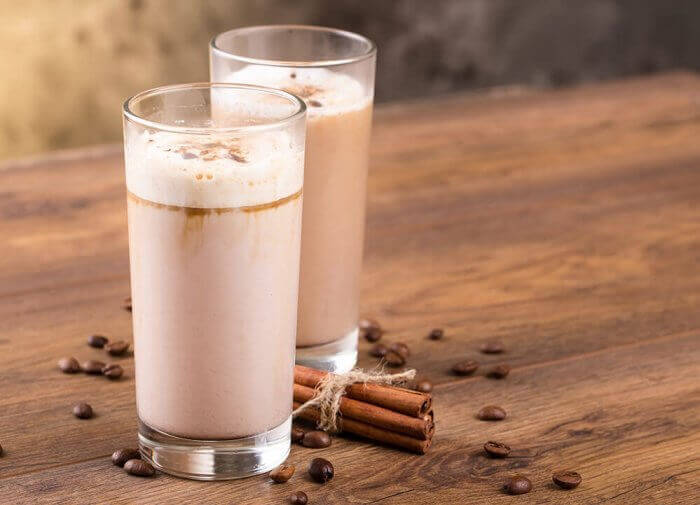 Coffee is good for your health, but your mixed beverage bought from coffee shops are not 100% coffee. They usually have more sugar and fat than standard coffee. Some coffee drinks contain caramel coloring which has carcinogenic properties that can cause cancer in the lungs and liver. These fake coffee drinks are usually made from a mixture of trans-fatty acids and refined sugar which can cause obesity and heart diseases. If you want to take coffee, stick to preparing it yourself with the usual ingredients like coffee, non-diary milk, protein powder, cinnamon and cocoa powder. 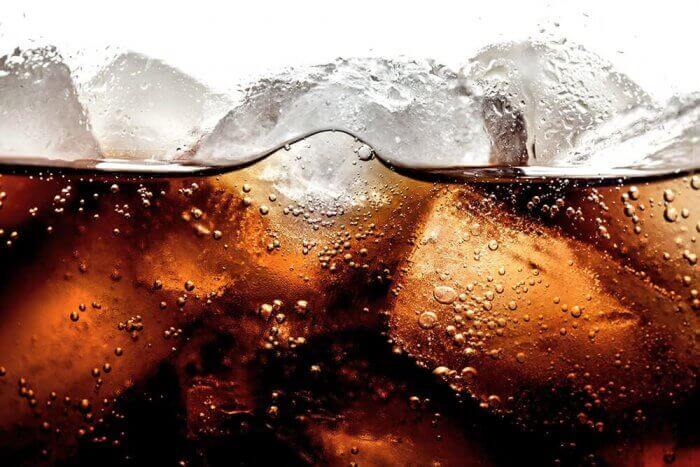 There are several reasons why you should stay away from soda. The alarming thing is that there are no positive benefits of drinking soda. Soda is made from large quantities of sugar and preservatives. A bottle of soda is said to contain more than ten teaspoons of sugar. Over time, this can lead to diabetes, weight gain and other health issues. Soda also contains phosphoric acid which limits the body’s ability to absorb calcium leading to bone softening and osteoporosis. Caffeine is a primary ingredient in soda and has been linked to cancer and high blood pressure. Drinking soda is bad for the teeth as it causes the formation of plaque on the teeth leading to gum disease. Healthy alternatives to soda include herbs, kombucha, iced turmeric lemonade and ginger switchel. 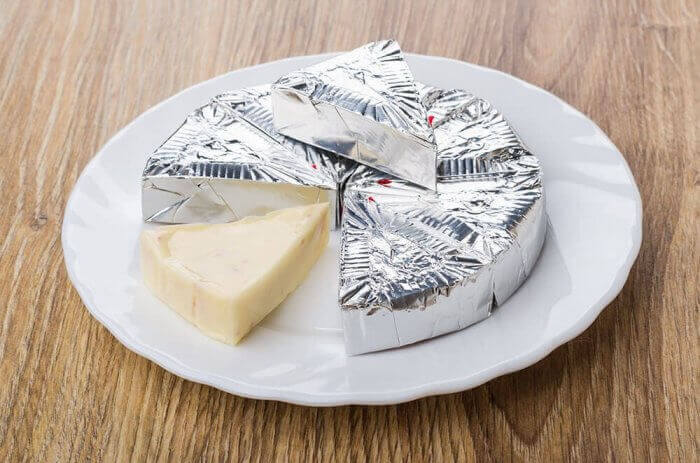 You should stay away from processed cheese because it is made from synthetic products. Processed cheese is made from dairy by-products, emulsifiers, saturated vegetable oils, excess sodium, coloring agents, and sugar. These ingredients come with potential health risks. Vegetable oils present in cheese cause coagulation of arteries and obesity. An example of emulsifier used is sodium phosphate, which can instigate kidney damage. Colorings used in cheese help promote the growth of cancerous cells. In other words, it is better to eat real cheese with no added ingredients than the processed one and save yourself from health problems. 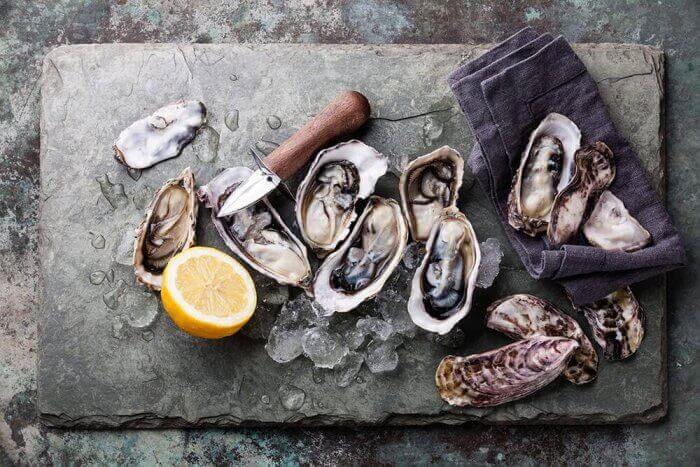 Raw oysters are popular foods in some restaurants. However if undercooked, can cause serious illness. Many people have reportedly died from falling ill after consuming these raw oysters. Oysters are also carriers of hepatitis A and Norovirus. The Norovirus is usually the cause of the illness caused by the consumption of shellfish contaminated with the human fecal matter. These infections can cause nausea, vomiting, abdominal pain and sometimes death. These are just a few of the reasons why you should never eat raw oysters. Personally, I think oysters taste terrible and if you insist on eating it, have it cooked well. 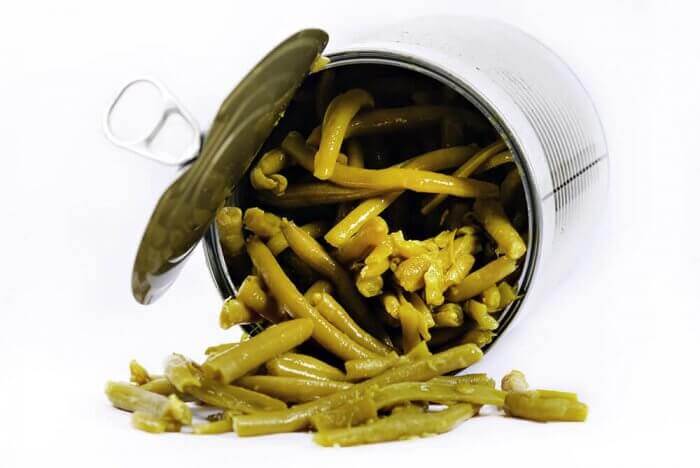 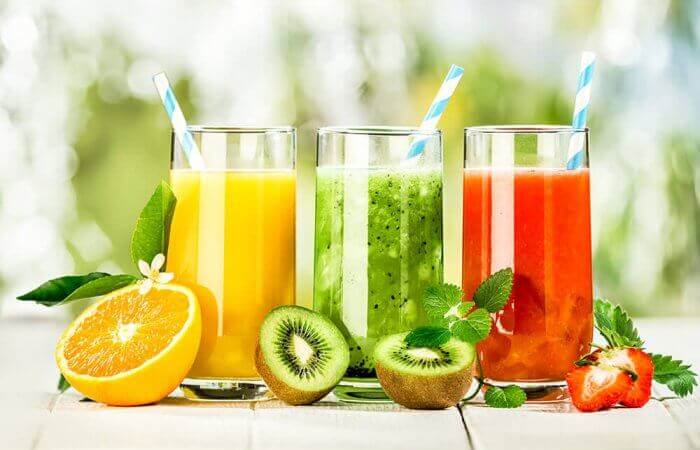 Many people believe fruit juices are healthy, but this is not true. When you take fruit juice in abundance, you put yourself in precisely the same situation as drinking soda. Juice contains massive amounts of sugar just like Fanta or Coke. It’s an insane amount of sugar to consume at once. For reference, if you were to eat five oranges, it would take you about 30 minutes to do so. Drinking them in Juice takes lesser time, maybe 20 seconds. The human body cannot deal with that sugar overload which is why diets with heavy fruit juices are linked to diabetes.

Super Foods That Should Be in Every Diet

Everything’s Bigger (And Deep Fried) in Texas: This is Why Food Just Tastes Better in Texas