We start our list of foods named after people with an Italian restaurateur who invented Fettucine Alfredo in 1914.  He just upped the amount of butter in the recipe as he was trying to make something for his pregnant wife, who was suffering from bouts of nausea. 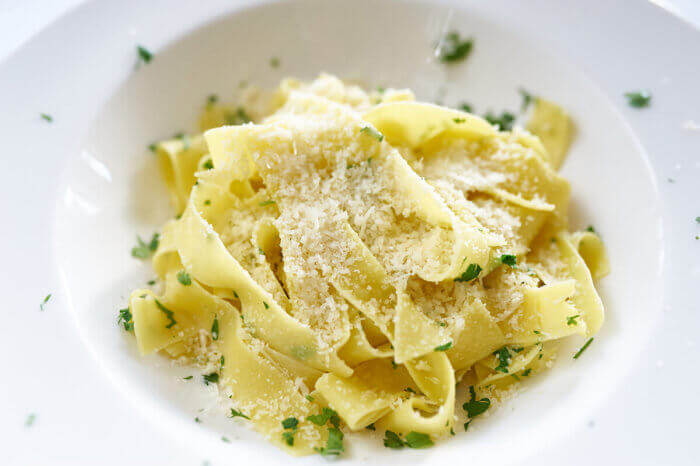 The sauce was prepared by mixing cream, butter and loads of cheese and then combining it with the fettuccine pasta. When Alfredo realized the sauce was extraordinarily tasty, he started serving it to the tourist and named this delicacy after himself.

Beef Carpaccio is a dish with thin slices of raw meat or fish that people enjoys with sauce. Giuseppe Cipriani invented this dish in Harry’s bar in Venice. He prepared the dish for a countess named Amalia Nani Mocenigo because her doctor had advised her to eat raw meat. 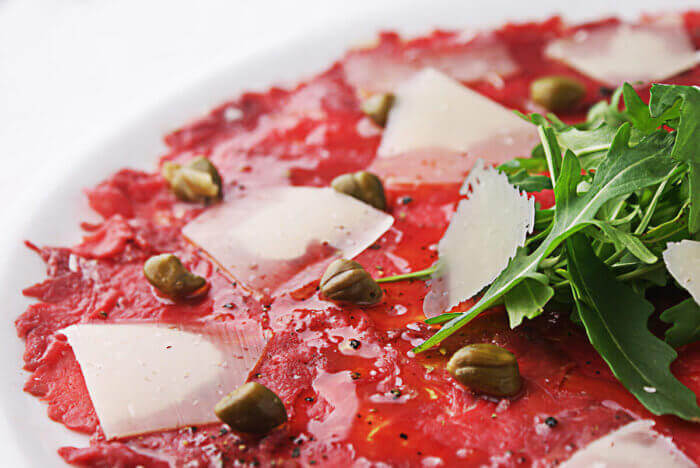 He then named the dish after the Italian painter, Vittore Carpaccio. He was famous for the use of deep reds in his works and the color matched the red color of the beef.

3. Nachos – Named After A Mexican Restaurateur

We were also amazed when we heard that there was a guy called ‘nacho.’ This dish was invented by Ignacio Anaya, who was often known by his name ‘nacho.’ He was once working at a restaurant, the Victory Club in Mexico. One evening a group of soldier’s wives came to the restaurant after it was already closed for the day. When Ignacio Anaya couldn’t find any cook, he went into action to prepare something for the ladies. 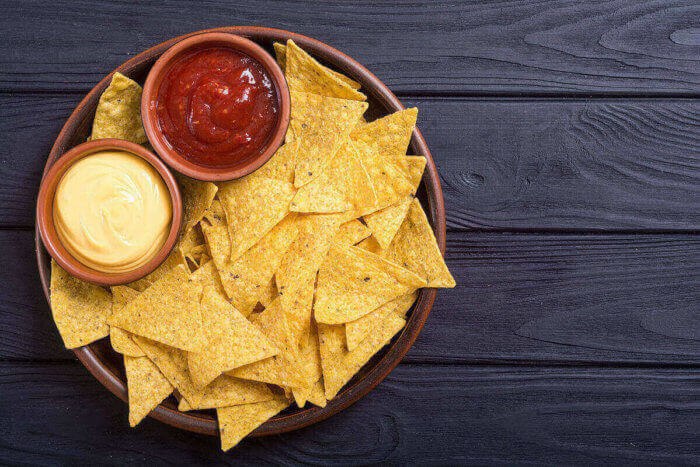 He cut the tortillas into triangles, fried then, added cheese and topped with jalapeños peppers. When the customers asked about the name of the dish, he said “Nacho’s Especiales” which is now famous as ‘nachos.’

On our list of foods that are named after people, we find royalty. Once queen Margherita and her husband visited Naples in 1889. They went to a renowned restaurant and visited its chef Raffaele Esposito. He then cooked three different types of pizzas for the queen. 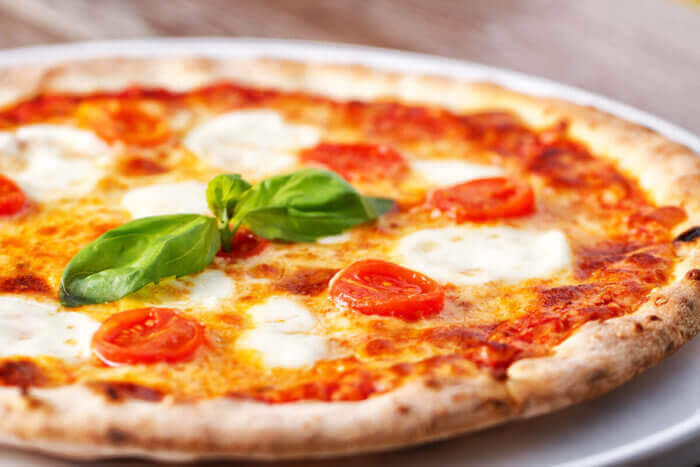 However, she particularly liked the one with tomato, mozzarella, and basil as it mimicked the Italian flag. The red from tomato, white from Mozzarella and green from basil leaves was a strong rallying call. Hence, this pizza was named ‘Margherita’ in her honor.


Everything There Is to Know About Coffee

5. Eggs Benedict – Named After A Stockbroker

Once Lemuel Benedict went into the hotel with a significant hangover and wanted something to cure his hangover. He ordered poached eggs, crisp bacon, toast and a dash of hollandaise.

The head waiter, Oscar Tschirky, was so impressed with this dish and put it on the breakfast and lunch menus. But, he substituted a toasted English muffin for the toast and ham for the bacon. 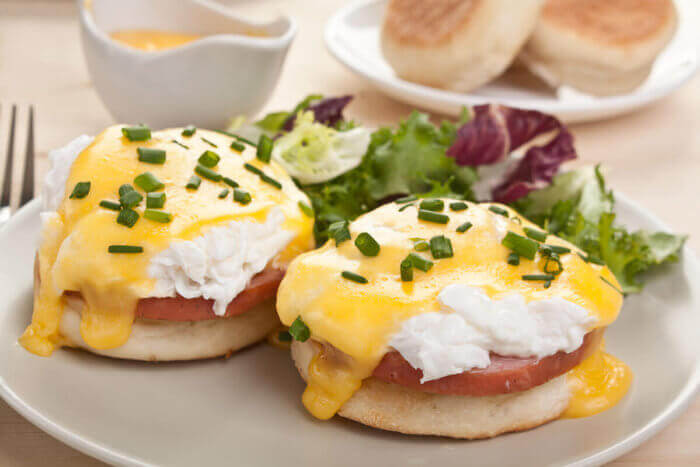 This classic dish consists of poached eggs, Canadian bacon and hollandaise sauce on the top of a halved English muffin.

Yes, this famous salad has nothing to do with Julius Caesar. Chef and Italian immigrant, Caesar Cardini who owned many restaurants in USA and Mexico invented the salad. 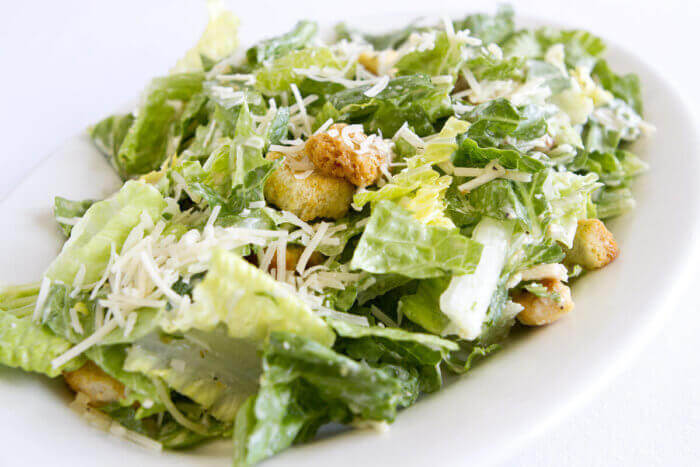 On 4th of July, Chef Caesar Cardini invented the classic Caesar salad when he was running out of food in his restaurant. He assembled romaine lettuce and croutons, with a dressing of parmesan cheese, olive oil, lemon juice, Worcestershire sauce, egg, garlic, and black pepper in a bowl and tossed them to make a mouthwatering salad.

Renowned chef August Escoffier made this dessert in 1892 at London’s Savoy Hotel. He created the dessert for a famous Australian Opera singer, Nellie Melba when he saw her performing in Covet Garden. She even sent tickets for her performance to the chef. 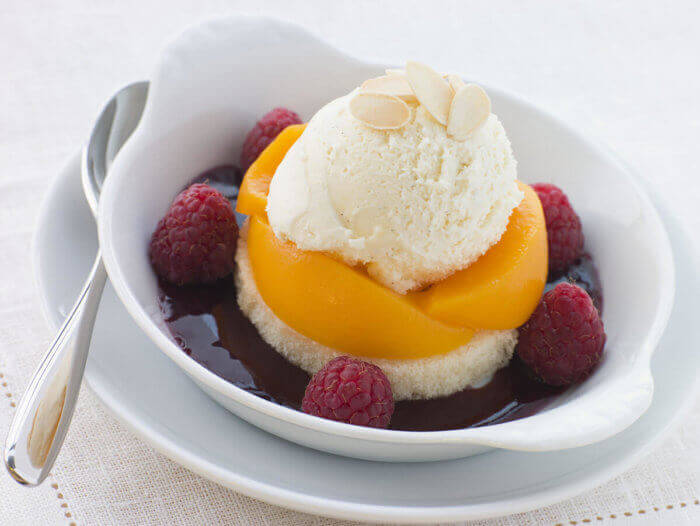 The next evening he made this dessert that resembled the swan boat in her opera and named it Peach Melba. He also invented more foods in the singer’s honor; the Melba toast, Melba sauce, and Melba garniture.

In 1929, a famous novelist was staying at the Savoy Hotel in London. He was completing his novel there when Chef Jean Baptiste Virlogeux made him a rich breakfast dish. It was an omelet topped with pieces of smoked haddock and finished with béchamel, double cream, hollandaise, and Parmesan. 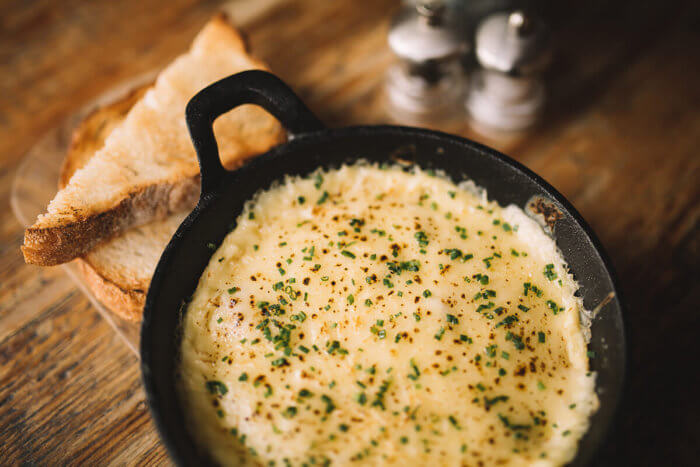 Arnold loved the dish so much that he insisted that he got the dish wherever he traveled. From there, the recipe took its name, and the hotel still serves it.

Bob Cobb invented the Cobb salad in 1937. He is the owner of a Hollywood restaurant called Brown Derby. One night, he has not eaten the dinner and going through the restaurant fridge’s leftovers. He happened to throw the random ingredients in the bowl, topped it with French dressing and created this delicious salad. 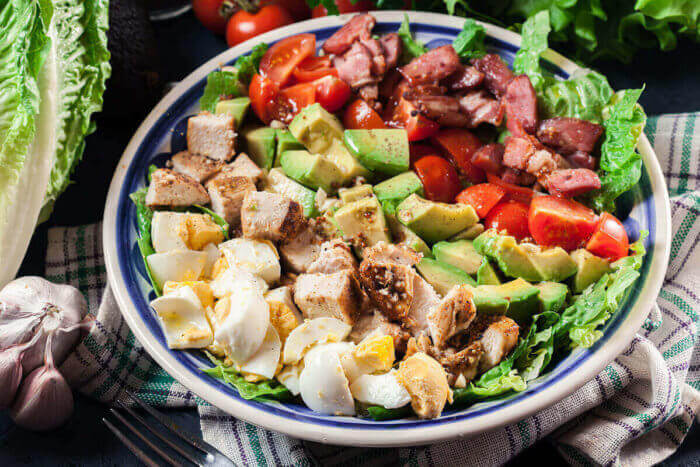 The next day, a regular customer requested the ‘Cobb Salad,’ hence, naming a delicious salad after Bob Cobb.


Trader Joe’s: The 25 Must-Buys and 25 Must-Nots From Your Favorite Grocery Store


Ladies, This One’s For You: The Best Foods for Women to Eat

10. Banana Foster – Named After A Crime-Stopper

Bananas Foster is a simple dessert with caramelized bananas over ice cream and was invented by Chef Blange in 1951. Richard Foster was the chairman of New Orleans, and he would often head to his friend’s famous restaurant ‘Owen Brennan’s.’ Once, the Chef Blange created a new dessert, and he named it after the owner’s friend and a regular customer, Richard Foster. 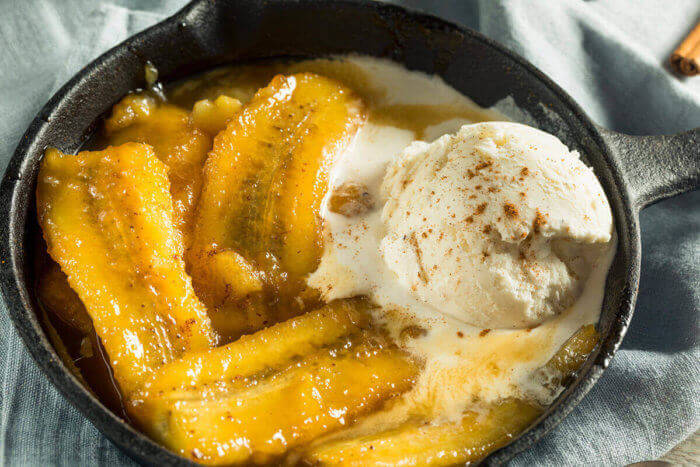 The dessert is a beautiful combination of bananas, rum, and ice cream. Traditionally, it used rum and banana liqueur for flambeing.

So, this is it. We hope you relished this list of food crowned with a famous name. And, next time you order something, read the story behind it, and we bet it’ll be a delicious story for sure.

Stain Removal Hacks: Household Items that Do Wonders for Getting Rid of Stains

All the Shoe Hacks You Wish You Knew About Before You Threw Out Your Last Pair!