Luke Thill was just another 13-year-old boy living in Dubuque, Iowa, when just like any other adolescent boy, he wanted to do something to cure his boredom. He had a lot of energy but couldn’t think of an avenue to harness it to good effect. That’s when one summer, he finally decided to give the video games rest and build a house in his backyard instead, in the bid to do something productive. What ensued, however, was something he hadn’t imagined.

Even though Luke’s parents are very caring and cooperative, they decided to let Luke work on this project on his own. His father knew that this was a chance for Luke to do some real-life work and really put his talents to use. 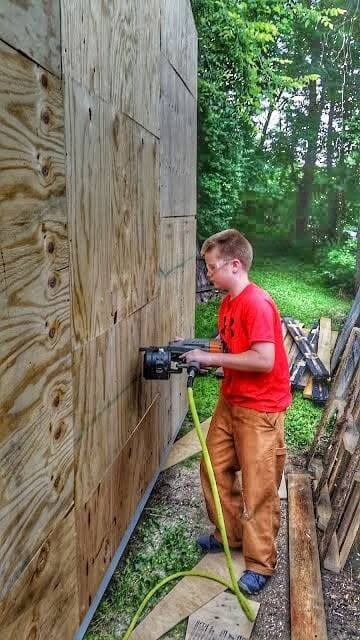 “It teaches important life lessons,” his father said. But how did a young man, with no knowledge of construction build a house all by himself?

How Did He Get the Money?

Luke admits that the first big step he had to take was earning the funds necessary to purchase the materials. He had to mow his neighbors’ lawns, raise money online, and run errands for shop-owners to get his hands on all the needed materials. 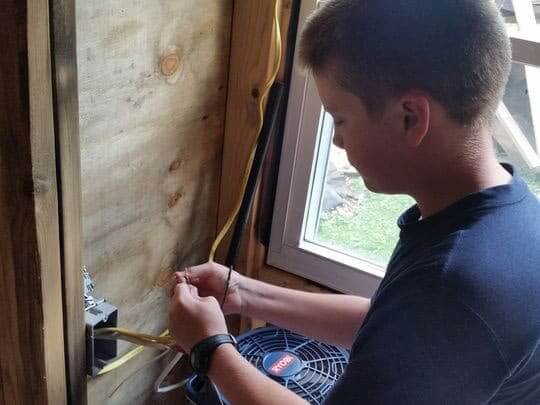 He also made experts chip in with the work by trading their time for his. For example, his father had an electrician friend whom he asked to install the wires for his house; in turn, he cleaned out his garage. Luke claims that it took longer than he had anticipated, but he managed to gather all the money.

One Man’s Waste, Another Man’s Treasure

Luke had raised over $1500 for his backyard house and was eager to begin. He also used some items and materials that were deemed unwanted by his friends and family. Almost 75% of all the items he used were either recycled or reclaimed. 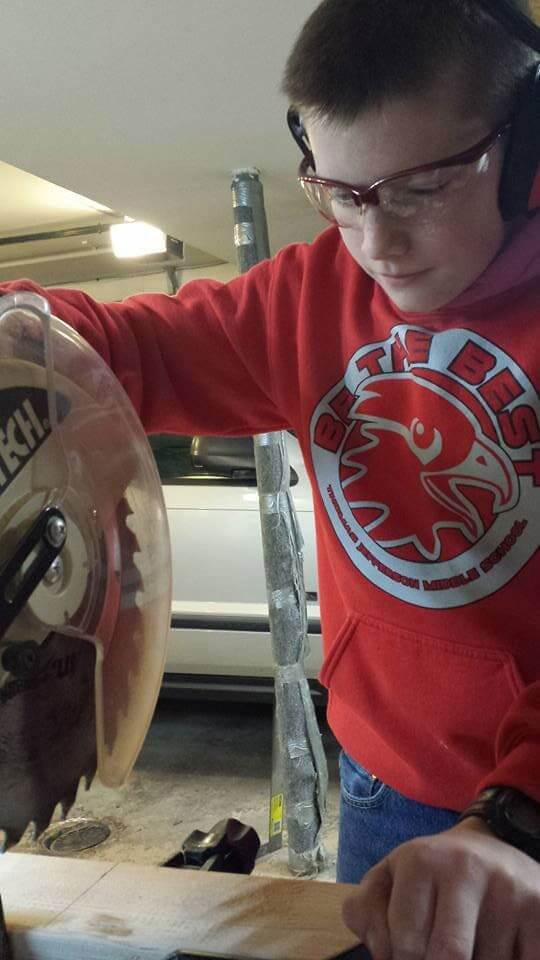 He took the front door from his uncle’s house (which they didn’t want) and got a ton of stuff out from his grandmother’s garage. However, once he started constructing the house, he realized something surprising. 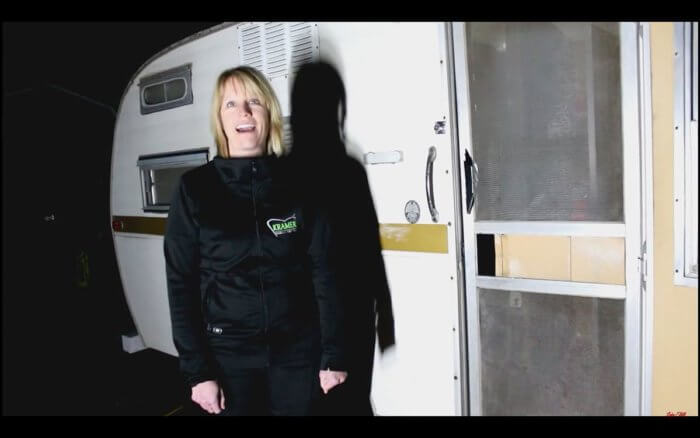 That’s when he decided to start a YouTube channel so everybody could be kept up-to-date with his progress. He even welcomed questions from other teenagers who wanted to follow in his footsteps.


Ten of the Greatest Architectural Marvels on Earth


Your Favorite Celebrities and their Surprising Modest Homes


Welcome to Her Humble Abode: She Turned an Old Bus into a Surprisingly Chic Apartment

A Call from the Principal

Everything was looking great for Luke. Everywhere he went, people were commending his will and work. Then one day, out of the blue, he got summoned to his principal’s office. Luke admitted that he didn’t go there much so this was unchartered territory for him. 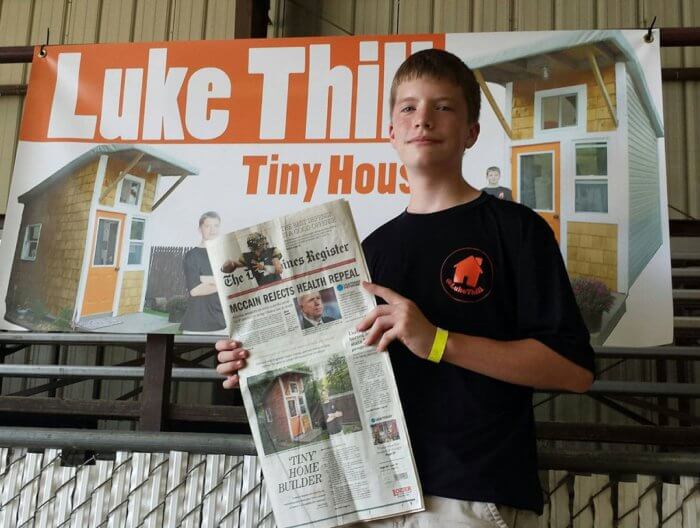 He was scared, but his fear turned into excitement when his principal told him that a reporter wanted to interview him. With the excitement, came the pressure to not let anyone down and finish the project off in style.

Luke admits that since he had never done this before, he had to undergo the whole trial and error process from time to time. To create the kitchen area, he decided to go for a DIY countertop, which could be made via liquid glaze and stained glass. 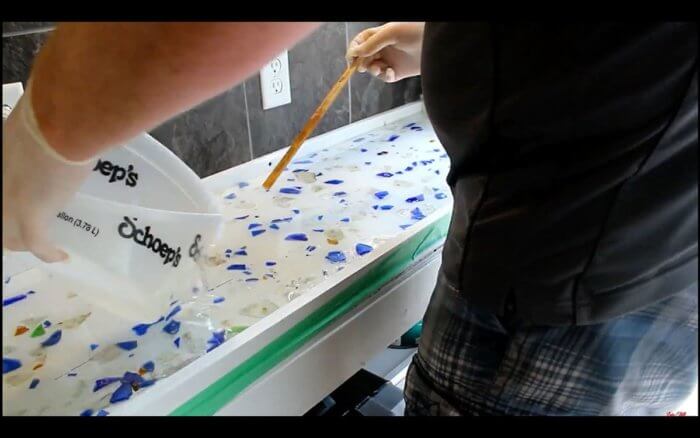 He watched a lot of videos on YouTube and thought he knew what he had to do. However, when he actually got down to doing it, he couldn’t stop the glaze from leaking all over the mold. However, this obstacle didn’t stop him from continuing.

Just when Luke needed a shot in the arm of confidence, a spokesperson from TinyFest Midwest got in touch with him. They wanted him to attend the festival which celebrates tiny houses, and not only that, they also wanted him to give a speech about his experience. 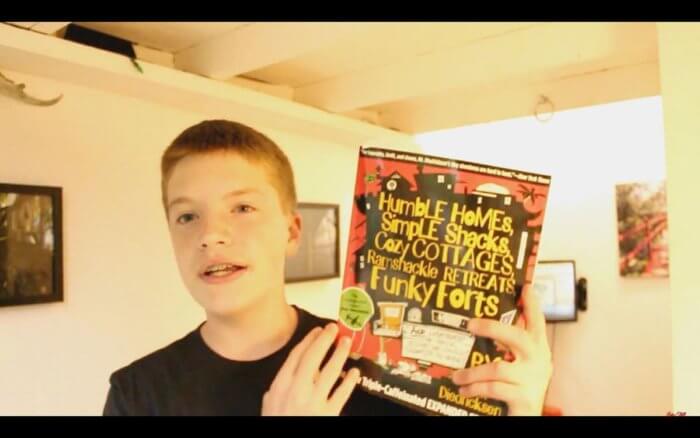 Luke was ecstatic because public speaking was another one of his specialties. He even won a merit badge for it recently. The house was almost finished, and he could move in any day, but…

Yes, the construction is a vital part of building a house, but when it’s done, you need a few other tweaks to convert the house into a home. You have the space required to cook, sleep, eat, and perform other daily activities but you still need a bit of furnishing to finish the job with aplomb. 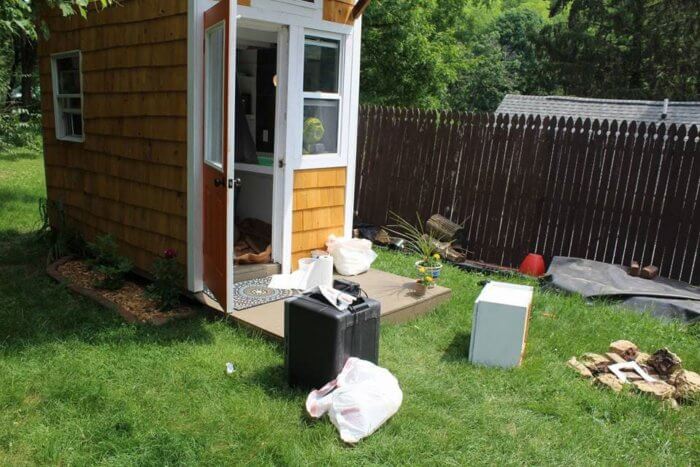 He knew that his house to look flawless. His efforts had to yield an attractive, professional-looking product. So, he made sure he carpeted the floors and put in a few paintings on the walls, to give the house a homey feel.

You can’t have it all and Luke knew it. His house had everything, from good lighting to a place to cook instant noodles, but it didn’t have a toilet. Luke didn’t want to go in over his head and install plumbing all by himself, so he decided it was okay to skip the shower. 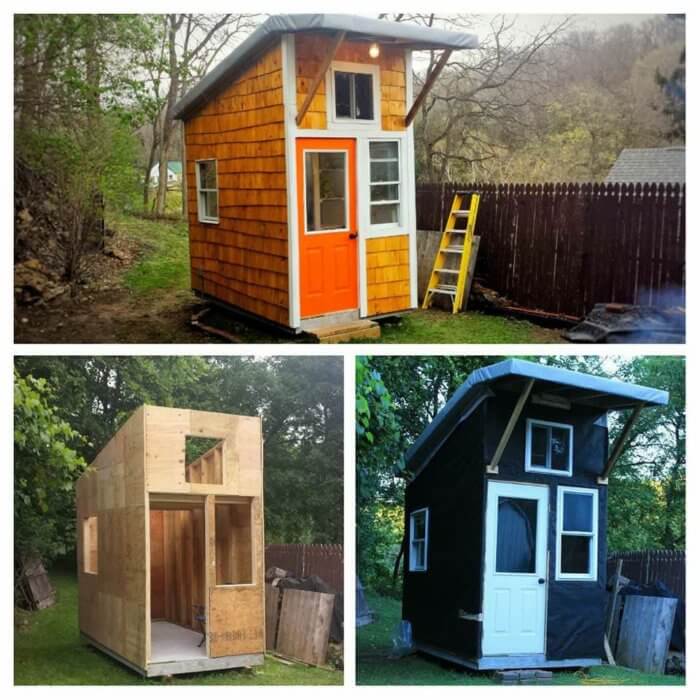 Talking to the Des Moines Register, Luke said, “I don’t mind not having the toilets. I like how minimalistic the whole structure is.” After finishing the house, he made a video where he filmed the entirety of the premises.


America’s Personality is on the Side of the Road: The Quirkiest Attractions in All 50 States


Touching the Skies – 10 of the Tallest Structures on the Planet


The World’s Most Remote Buildings

His Own Little Safe Haven

The 89 square foot house was Luke’s very own safe haven. Sometimes you just want to go someplace quiet and read good books or watch a scary movie, and Luke knew he had that in his own backyard. 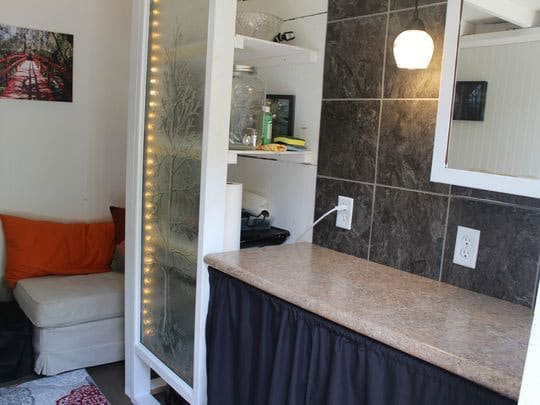 After making the front page of the local newspaper, Luke also managed to meet his hero, Derek Diedricksen, the author of the self-help book that Luke followed to build his house. This goes to show just how far you can go if you put your mind to something and don’t let anything hold you back.

X Marks the Spot: Hidden Treasures Found in the Middle of the Desert

Welcome to Her Humble Abode: She Turned an Old Bus into a Surprisingly Chic Apartment